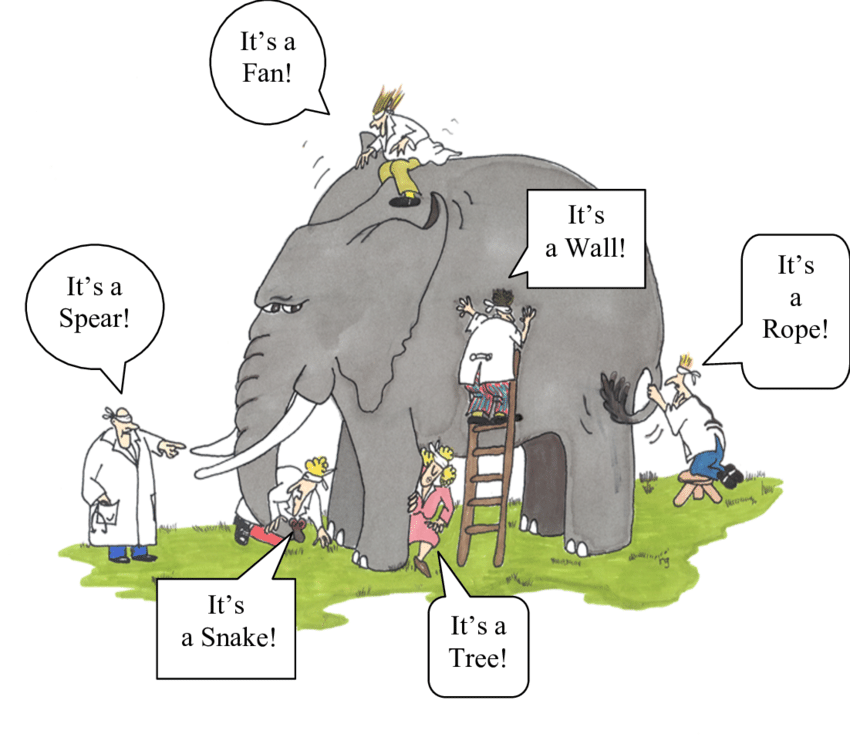 You probably have heard of the parable of the elephant and blind men, but how does it relate to building an effective team?

The parable points out that we, the human beings, have the tendency to claim absolute truth based on our limited and subjective perspectives. So it is quite natural of us to make the mistakes by taking ‘opinions’ as ‘facts’.

What I want to add, is that this human shortcoming becomes much more messy, when it comes to working as a team in an organization.

Imagine this: When you’re being hired as a functional expert, do you want to be seen as ‘wrong’?

It’s natural that people might respond in 2 ways (2 extremes, really)

This looks like the recipe of a highly ineffective team.

Here is the cure: A process that provides Psychological Safety for all team members to contribute freely without worry about being wrong.

Psychological Safety is the one factor that a Google study, code name “Project Aristotle” in which they were on a mission to discover “why some teams perform well, while other teams stumble”.

The biggest takeaway is that leaders need to put in place innovation process that facilitates cross-functional collaboration — allowing the team to move fast, to do the right thing, and to do them well.

After all, the beauty of having a team is to build on each other’s strengths and make each other’s weakness irrelevant.

One side story to tell:

Shortly before Peter Drucker, the legendary management guru passed away, he was asked: “Peter, you have written more on management thoughts and change leadership than anyone in history. Is there one lesson that you can share, something that everyone should know?”. Peter said, “Yes, and it is ageless in its essence”

“The task of leadership is to create an alignment of strengths in ways that make a system’s weaknesses irrelevant.”